Today we’ve got a fantasy book on the docket for Throwback Thursday, Sifter by Joanna White. Have you read it? If not, enter the giveaway below. 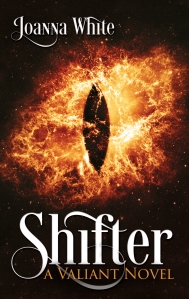 Beroan is a shapeshifter, part of the dragon clan. His clan’s Alpha, Sirath, wants to watch the world burn.

For ten long years Sirath has attacked villages, killing thousands of humans and burning towns to the ground. Beroan has had enough, but his resistance will only end in suffering.

Nsi is a human living in a small village with her grandmother and cousin. Her ignorance about the existence of shifters won’t protect her for long. Her family was killed in a dragon attack when she was younger, and now dragons have come again. Now she will stop at nothing until the dragon shifters are stopped, to save humans from suffering the same fate as her family.

Together, Nsi and Beroan will risk everything to save humanity from Sirath.

Darkness is spreading through the galaxy, Corrupting one world after another, and now it has come for theirs. Sirath already belongs to the Corruption of darkness.

He will not stop until he burns down the world and leaves it covered in fire and ash. 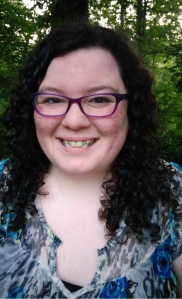 Joanna White is a Christian Author and fangirl. Hunter and Shifter are the first two books in her debut series, called the Valiant Series, published by Christian publisher Ambassador International and there are more to come. In December 2019, one of her short stories was featured in Once Upon A Yuletide, a Christmas fairy tale anthology by Divination Publishing. Dark Magi, Book One of the Republic Chronicles came out in November 2019. Glimpses of Time and Magic, a historical fantasy anthology, also featured one of her stories. The Crystal Heist was her most recent release, in August 2020.

She graduated from Full Sail University with a BFA in Creative Writing For Entertainment. Ever since she was ten years old, she’s been writing stories and has a deep passion for writing and creating stories, worlds, characters, and plots that readers can immerse themselves in. In 2020, she reached her personal goal of writing a million words in a year. Most of all, Joanna loves God, her family, staying at home, and being a total nerd.

To stay updated and find out more about her novels, where her inspiration comes from, games, giveaways, and more, visit her website at: authorjoannawhite.com.

Ms. White is offering an ebook giveaway. Head to the Rafflecopter to enter.