One of my critique partners is here for Takeover Tuesday! Jaycee Weaver is an awesome person and I know you’re going to love chatting with her. Grab a cup of tea (or coffee) and sit a spell!

What happens when we let go of what we think should be, and instead learn to listen for God’s voice and embrace what could be?

This was a question I explored quite a bit as I began writing my very first novel almost three years ago. See, growing up, I was both very much a Type A kid, but also a dreamer. Practically, I wanted to be an elementary school teacher, but in my heart, I longed to be a professional singer. I studied hard and pursued goals, but also lived with my head in the clouds and my face in books. I’ve always wanted to live a life with both roots and wings.

The older I got, the easier it was to let go of unattainable dreams—well aware that I’m a mildly above-average singer at best—and pursue those that were realistic. Life has been wonderful far more than it hasn’t, and I can say with confidence that I’m happy. I don’t have a lot of big regrets.

Early in college, when I decided not to pursue a degree in Elementary Education, I thought about becoming a writer. Only, I thought I’d write nonfiction that’d educate new believers or inspire other Christians to live an authentic life. I took creative writing courses, grammar, obscure English classes, and enough psychology to turn a brain to mush. Graduated, finally, with a tailor-made degree I wasn’t sure what to do with.

Ultimately, I became a stay-home mom, my true life’s calling. Once my kids were old enough to be a little more self-sufficient, I rediscovered my love of reading. All those stories filling my head reawakened the dreamer inside, attaching wings to my imagination and sending it soaring. I began imagining a girl who, like me, went through a series of transitions and ups and downs and bumps in the road of her well-planned, practical, perfectly-ordered life. What if this girl—not me, but vaguely resembling a young, naïve me—chose a different series of paths leading to her own happily-ever-after? Could I write such a story?

I never planned to become a fiction writer, let alone romance. But once I discovered my love of the genre, devoured a ton of Christian and clean romance, it became a passion I couldn’t ignore. God began whispering in my heart all the possibilities. After that, the logistics began working themselves out. The words flowed. Research helped me understand the industry better and boosted my confidence that it was all possible.

I let go of my own plans and asked the Lord—is this what you would have of me? His answer, in case you haven’t figured it out, was a resounding YES!

October 24, 2017, I released that first book. It had a different cover than the one you see here, and a lot more issues. If you’re one of the few who happened to read that edition, I’ve learned a LOT since then. For one, more eyes, specifically, trained eyes are essential. Despite my education and qualifications, there’s no substitute for good editing from people who know what they’re doing. I re-released it six-months later, and while it’s still not perfect, I’m proud of that book baby! I learn with each new book and grow a bit more into the kind of author I want to be.

Now, like Brynn, I’ve let go of what I thought my life would look like, embracing the potential of a life that follows God’s plans, not my own. I’ve never been happier or more fulfilled in the pursuit of something. As a girl with more hobbies than four lifetimes could hold, that’s a big deal. 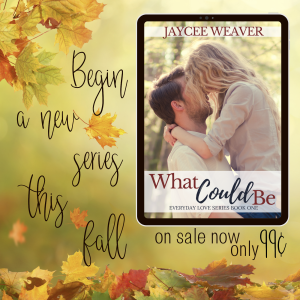 And as for that sweet, book baby of mine, she’s two years old now, and I’m celebrating with an eBook sale. Through Oct. 30, What Could Be is only 99¢, or FREE with Kindle Unlimited! Since she came into the world, I’ve added two more siblings to the Everyday Love series, with another due out next spring. Two standalone novellas (one of which is always FREE on all retailers) and two collection novellas have also joined the family, with plans for many more.

So, what happens when we let go of what we think should be, and reach for what could be? Good things, my friends. Very good things. Especially if they’re the things God places on your path when you were pursuing Him instead of your own will and dreams. 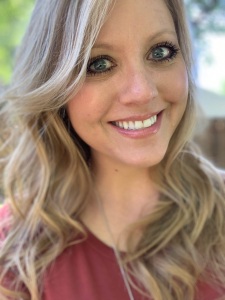 Lover of Jesus, family, books, coffee, music, and crafting (in that order), Jaycee Weaver is perpetually pursuing at least one of her passions. She writes contemporary Christian romance stories featuring realistic characters in everyday situations where God is at work in big ways. She appreciates books where the characters face shortcomings, temptations, and adversity but always get their happy ending, so that’s what she writes. Honored to be a InspyRomance author on the web and on Facebook. 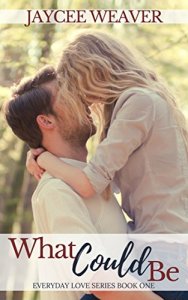 What happens if we let go of what we think should be and instead embrace What Could Be?

Nursing student Brynn Easton’s overachieving nature makes giving God control over her goals, dreams, and compulsive lists a constant challenge, but she’s trying. Between school, her increasingly absentee but otherwise perfect boyfriend, Caleb, and a childcare job she adores, her full life feels on track. But then she gets to know the charming single father of the most lovable boy she’s ever taught.

After the birth of his son, Josh Davis rededicated himself to God and has worked hard to get his life together. He’s avoided dating, but Brynn draws him in like no one else. Problem is, he can’t seem to find the nerve to make a move. Not that someone as sheltered and sweet as her would ever go for someone like him, anyway.

Can they move their friendship beyond past choices and pain and figure out what it truly means to walk in God’s will for their lives—especially when finding love and forever doesn’t look like they think it should?

The Everyday Love Series is a contemporary romance series set in Albuquerque, featuring ordinary people in lifelike stories that inspire, uplift, and share hope. Stories in which a very real God shows Himself in everyday ways to carry His people through any circumstance.