I’m so excited to share my review of Terri Blackstock’s If I Live. I’ve thoroughly enjoyed this series and can’t wait to share it all with you. Check it out!

The Blurb: “Casey is hiding again—in Memphis this time—but it’s different now. She knows without a doubt that Dylan believes her and is doing all he can to help bring Brent’s killer to justice. He’s become an unexpected friend . . . and even, maybe, something more. Hope makes everything more bearable.

Casey makes a deal with the DA to turn over all the evidence she and Dylan have gathered against Keegan and Rollins—only to discover that the DA is in league with them too. After a desperate escape, who can they possibly turn to now?

Time is running out for Casey, but master suspense writer Terri Blackstock will keep readers on the edge of their seats until the last, utterly satisfying page.”

Absolutely. Breathtaking. I literally could not breathe while reading If I Live. The finale of the If I Run series grabbed me by the throat from the opening page until the end. And I must admit, I’m still a little uneasy and unsure if Casey will have a happily ever after. Not because I don’t think she deserves it but because Ms. Blackstock put my emotions through the ringer. I almost feel like I suffered as Casey did. I want to look over my shoulder to make sure all is well and I can truly relax now that the series has concluded.

Y’all, this book…this series was utterly phenomenal! Just superb. One of the best (if not the BEST) suspense books I’ve read in a long time. I had moments of utter shock while reading this. Let me tell you, it’s almost impossible to fool me when I read these times of books. But Ms. Blackstock is a master suspense writer and had me gasping and searching my friend’s list to see if anyone else was reading and just as shocked. Fantastic job!

This book will go down in history and I’m sure will be one people will read a long while into the future. I know I’m itching for the opportunity to reread it and binge the entire series now that it’s complete. Well done, Ms. Blackstock.

*I received a free copy from the publisher. A review was not required and this is my own, honest opinion. 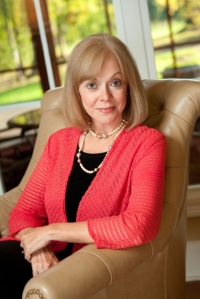 Terri Blackstock is a New York Times and USA Today best-seller, with over seven million books sold worldwide. She is the winner of two Carol Awards, a Christian Retailers Choice Award, and a Romantic Times Book Reviews Career Achievement Award, among others. She has had over twenty-five years of success as a novelist. Terri spent the first twelve years of her life traveling in an Air Force family. She lived in nine states and attended the first four years of school in The Netherlands. Because she was a perpetual “new kid,” her imagination became her closest friend. That, she believes, was the biggest factor in her becoming a novelist. She sold her first novel at the age of twenty-five, and has had a successful career ever since.

In 1994 Terri was writing romance novels under two pseudonyms for publishers such as HarperCollins, Harlequin, Dell and Silhouette, when a spiritual awakening prompted her to switch gears. At the time, she was reading more suspense than romance, and felt drawn to write thrillers about ordinary people in grave danger. Her newly awakened faith wove its way into the tapestry of her suspense novels, offering hope instead of despair. Her goal is to entertain with page-turning plots while challenging her readers. She hopes to remind them that they’re not alone, and that their trials have a purpose.

Terri has appeared on national television programs such as “The 700 Club” and “Home Life,” and has been a guest on numerous radio programs across the country. The story of her personal journey appears in books such as Touched By the Savior by Mike Yorkey, True Stories of Answered Prayer by Mike Nappa, Faces of Faith by John Hanna, and I Saw Him In Your Eyes by Ace Collins.

“Blackstock is absolutely masterful at bringing spiritual dilemmas to the surface and allowing readers to wrestle with them alongside her characters.” Romantic Times, Melissa Parcel