I’m kicking the week of with an awesome interview with author, Angela Ruth Strong. I’m sure you’ve read her books and if you haven’t, what are you waiting for?! I’ve had the pleasure of getting to know Angela ever since we participated in one of Love Inspired’s writing contest. I’ve been cheering her on ever since. Come meet Angela! 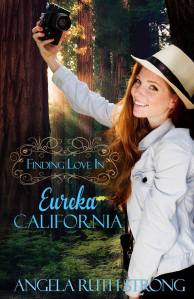 The Blurb: “Raised in a family of six adopted siblings, Genevieve Wilson fights to keep her dysfunctional brothers and sisters together, but everyone still seems to leave. If she’s not good enough to prevent her birth parents from giving her up or her siblings from abandoning her, then there’s no way she would ever be enough to have a lasting relationship with the successful pilot from work–which is exactly what makes him a safe subject for her daydreams.

Matt Lake is dating the perfect woman and working a great job. Life is easy until he starts to enjoy hanging out with the airline employees more than with his girlfriend–one employee in particular. He tells himself he’s only intrigued by Gen’s quirkiness, but nobody else makes him smile the way she does.

Can Matt give up the flawless life he’d planned in exchange for the messiness of love? And if so, will Gen risk her heart on reality when it’s never paid off in the past?”

Toni: Welcome, Angela! I’m so glad to have you here today. 🙂 And I’m even more excited for another Lake brother romance. What gave you the idea for Matt’s story?

Angela: Thanks for having me, Toni! As Matt’s story is a prequel, I started by rereading what I’d already written about him. I knew he had a redheaded wife who liked photography, and he was a pilot. But how did he get there? Being that I now work at an airline, I have oh so many stories about pilots, so that part wasn’t too hard to create. As for Genevieve, I wanted her to come from an even bigger family than Matt’s, and I wanted her family to be as imperfect as his is perfect. Then I met the real life Rosie in my yoga class, and she pulled it all together.

Toni: Airports. There is something romantic about them. What’s your favorite airport scene in a movie?

Angela: YES. The first one that comes to mind is when Tom Hanks sees Meg Ryan in Sleepless in Seattle. And he just follows her. For no reason at all. Now that’s romance.

Honorable Mention goes to Knight and Day when Tom Cruise and Cameron Diaz get on a flight with nobody else on the plane except federal agents out to kill Tom. Cameron is so smitten with him that she doesn’t even notice.

As I was pondering these scenes out loud, my husband added, “Dumb and Dumber!” I don’t know if I’d call that romantic, but it was definitely entertaining when Jim Carrey called out, “Don’t worry, I’m a limo driver!”

Toni: Great picks! Sleepless in Seattle one is probably my fave. Since Genevieve is adopted, what kind of research did you have to do to bring ethnicity to her character?

Angela: I’ve written about adoption before, and my research came from two little boys in my Sunday School class adopted from Haiti. Their mom calls them the Haitian Sensations. I added them to my children’s book, The Food Fight Professional. They were also part of an article on adoption I did for our local Christian magazine. I interviewed various families who’d adopted and was so touched by their stories. As for my character, Gen, her heritage is Irish, which feeds into her superstitious nature.

Toni: Can’t wait to read this book! I’m not sure if I should be asking this, but who’s your favorite Lake brother and why? 😉

Angela: It’s okay. Sam’s my favorite. He’s the baby, and he’s in all the books. He’s a goofball with a protective nature, just like my husband. And much of his story set in Park City is based on my own romance. I had so much fun with him.

Toni: Eek! I have to read his story still. What are three things that readers may find fascinating about you?

Angela: 1. I sold my first article to American Cheerleader Magazine when I was 16. They paid me $100, and it was the easiest money I’d ever made, so I decided to go to college for journalism. It’s never been that easy since.

2. I became a fitness instructor when I was 18, so I’ve been teaching exercise classes for over half my life. The first time I did yoga, I hated it. I thought, “This is so painful. Why would anybody ever do this?” But I endured, and now I love the balance it helps bring to my life and that I can offer my students what I like to call “preventative medicine.”

3. I started my family when I was 21, so I’ve almost been a mom for half my life too. My water broke when watching Star Wars Episode 1 in the movie theater, and I kept the ticket stubs for his baby book. He’s now in college pursuing film-making.

Toni: No one can be prepared for the experience of their water breaking. What are three elements that are always in your writing?

Toni: Love it! Last but not least, how can the readers help you on your writing journey?

Angela: Share my joy. And I’m not only talking about social media. ❤

Toni: Amen! Readers, do you have any questions for Angela? Let them fly in the comments! 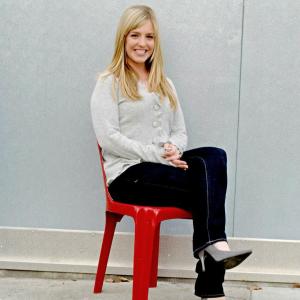 Angela lives in Idaho with her hubby and teenagers. Besides writing, she works at an airline and teaches yoga because she’d rather get paid for her hobbies than actually work. That doesn’t mean writing is easy, but her readers are worth it. Her books have won both Idaho Top Author and the Cascade Award, and she’s had her novels selected as TOP PICK for Romantic Times. She also started IDAhope Writers to encourage other aspiring authors along their journey. She’d love to hear about your journey as well, so feel free to drop her a line at her email.