I hope y’all are safe from fires and hurricanes. Praying for you all affected! If you need an escape, my author friends have sent me their book information. This week has another awesome list of reads for Friday’s Sales, Releases & Giveaways! Enjoy!

The Blurb: “Life as the sister of a serial killer is never easy, especially when former runaway Mari Del Lobo becomes a target herself. A recent crime has her late brother’s signature and MO, which Mari finds highly unusual, as she still blames herself for her only sibling’s death. Mari encounters an unexpected — and a very attractive — ally in Dr. Luke Goodman.

Luke couldn’t save his fiancée from the Smiling Killer, but he’ll do anything to prevent more murders, even ask for help from the serial killer’s sister. Finding a kindred tortured soul in Mari, Luke is determined to keep her alive, but it’s not easy to protect the stubborn ex-rebel. To solve the mystery, renew her faith, and find love and redemption, Mari has to face her most dangerous enemy — herself.” 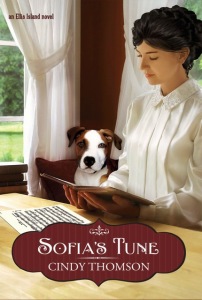 The Blurb: “Sofia Falcone discovers a family secret that sends her beloved mother into a mental institution. Confronting the past may heal all wounds, but Sofia’s Italian family wants to keep the past in the past. She encounters Antonio, a Vaudeville pianist with a street-smart dog, seeking to solve his father’s murder. Their paths cross in the frightening underworld of Little Italy. Change is on the horizon, but it may not bring what they expect.”

Catherine West’s The Memory of You
Available for $1.99!

Snippet of the Blurb: “Thirteen years ago, Natalie lost a part of herself when her twin sister died. Will traveling back to the family winery finally put the memory to rest, or will it completely destroy her?

When Natalie Mitchell learns her beloved grandfather has had a heart attack, she’s forced to return to their family-owned winery in Sonoma, something she never intended to do. She’s avoided her grandparents’ sprawling home and all its memories since the summer her sister died—the awful summer Natalie’s nightmares began.” 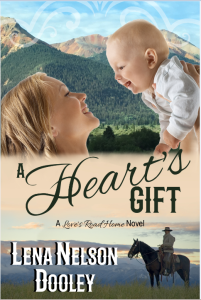 The Blurb: “***WINNER 2017 FAITH, HOPE, & LOVE READER’S CHOICE AWARD FOR LONG HISTORICALS***
Because of an earlier betrayal, Franklin vows never to open his heart to another woman. But he desires an heir.

Lorinda promises herself she will never allow a man to control her again. But how can she provide for her infant son?

A marriage-of-convenience is the answer until two people from Franklin’s past endanger Lorinda. How can he save her? ” 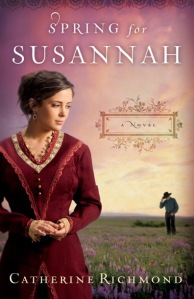 The Blurb: “When her parents die suddenly, and no suitors call, Susannah resigns herself to the only option available: becoming a mail-order bride. Agreeing to marry her pastor’s brother, Jesse, Susannah leaves the only home she’s ever known for the untamed frontier of the Dakota Territory.

Her new husband is more loving and patient with her than she believes she deserves. Still, there is also a wildness to him that mirrors the wilderness surrounding them. And Susannah finds herself constantly on edge. But Jesse’s confidence in her—and his faith in God’s perfect plan—slowly begin to chip away at the wall she hides behind.” 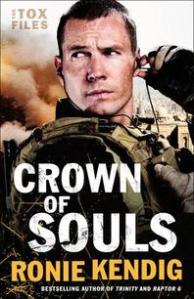 Snippet of the Blurb: “Six months after stopping a deadly plague, Cole “Tox” Russell and his team are enjoying a little rest. That peace is short-lived when a sniper shot hits Tox. The enemy is discovered to be one of their own, a rogue Special Forces team operator.”

The Blurb: “Rookie cop Ivan Vargas blames small-town accountant Julia Morrison for his brother’s suicide, as claimed in the note. When Julia is attacked, Ivan wonders if she’s right about the suicide being staged. He’s determined to find his brother’s killer and keep Julia safe but reluctant to lose his heart to the stubborn beauty who’s known to break them…

Hurt in the past, Julia has avoided letting men too close. But she needs Ivan’s help to uncover traumatic secrets someone would kill to keep hidden. Can she stay alive long enough to learn to love and trust again? ” 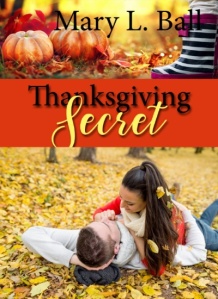 The Blurb: “A secret has a life of its own.
Writers block threatens Matthew Blake’s career. He returns his root, and meets Lucinda Wise.

Lucinda rents her tiny house to Matt and soon she finds herself enjoying his company, and sharing her faith with him, but timing is everything.

Matt discovers that Lucinda is the partaker of a secret that will change his life forever. Can he accept God’s plan for his future?”

The Blurb: “SOPHIE IS A KITTEN WHO FOUND TWO CHILDREN . . . AND DECIDED TO ADOPT THEM AS HER OWN

This is the story of how a sweet, shy kitten found two children and decided they would be her new family.

Read along with Sammy and Macy as they tell the story of finding a little lost kitten, naming her, loving her, and making her part of their (or rather, becoming her own) family.”

The Blurb: “When Dr. Sam Morgan’s estranged wife dies in a tragic accident, he returns home from an overseas surgical mission to discover his disabled son, Joshua, does not remember him. Sam is convinced that he and Joshua can only overcome their heartbreaking memories by leaving their decaying small town and starting over somewhere else. But teacher, Nicole James disagrees and fears Joshua may have permanent psychological damage if he leaves Golden Ridge too early. Can they come up with the right solution for Joshua’s sake? ” 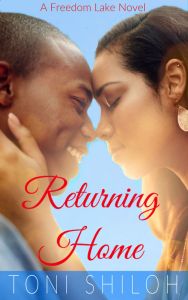 Snippet of the Blurb: “Jo Ellen Baker is shocked to find out that the boy who teased her mercilessly throughout high school, has returned to their hometown of Freedom Lake, and he’s missing a leg. When his mother asks her to renovate their carriage house to give him a place to gain his independence back, she wants to say no. But one look at him brings a rush of forgotten feelings.”

Snippet of the blurb: “A romantic comedy set in the south, Heart’s Desire shows what can happen when God is allowed to take the lead.

When Aiden Weaver allows the Couples Committee to pick his date to the New Year’s Eve ball, he promises himself it will only be a one-time deal. After one failed marriage, he isn’t interested in another long-term commitment. His resolve starts to crumble when he meets his date, Bailey. For whatever reason, his heart keeps pulling him back to her long after the dance is over.”

Snippet of the Blurb: “Kaine Prescott is no stranger to death. When her husband died two years ago, her pleas for further investigation into his suspicious death fell on deaf ears. In desperate need of a fresh start, Kaine purchases an old house sight unseen in her grandfather’s Wisconsin hometown. But one look at the eerie, abandoned house immediately leaves her questioning her rash decision. And when the house’s dark history comes back with a vengeance, Kaine is forced to face the terrifying realization she has nowhere left to hide.”

The Blurb: “In a society where the line is drawn between us and them, Christianity is outlawed, and foreigners are mistrusted, will the union between a missionary and a Bedouin sheikh heal wounds or inflict a final fatal blow in a dangerous situation?” 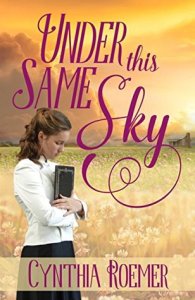 ynthia Roemer’s Under This Same Sky

Author Jo Huddleston is hosting a giveaway for Ms. Roemer’s book. Enter HERE for a chance to win.

Snippet of the Blurb: “Becky Hollister wants nothing more than to live out her days on the prairie, building a life for herself alongside her future husband. But when a tornado rips through her parents’ farm, killing her mother and sister, she must leave the only home she’s ever known and the man she’s begun to love to accompany her injured father to St. Louis.”

Bethany Turner’s The Secret Life of Sarah Hollenbeck
Check out this Goodreads giveaway. You can enter HERE for a chance to win 1 of 25 copies.

The Blurb: “What happens when a steamy romance writer becomes a Christian? Best-selling novelist Sarah Hollenbeck finds out! Struggling to reconcile her past with her new life in Christ, she’s not sure she can honor her publishing contract or cope with condemnation from church members for writing “scandalous” fiction. Will falling in love with her pastor complicate things?”

Check out this Goodreads giveaway. Enter HERE for a chance to win 1 of 2 paperback copies.

The Blurb: “Delaney Jones has finally started to pick up the pieces of her shattered life after the death of her husband, Parker. Just as life enters a new normal, in walks Army soldier, Luke Robinson.

Sergeant First Class Luke Robinson can’t get over his part in the death of Delaney’s husband. In hopes to assuage his guilt, he offers to lend a hand. Will his secrets widen the gulf or will he finally find absolution?”