Thanks for stopping by! As you can see, we have another interview. This time the lovely Piper Huguley has stopped to talk about her latest release, A Champion’s Heart. I’m sure this historical romance will grip you! 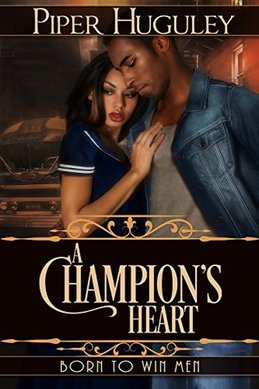 From the back cover:
“1935. Champion Bates left poky old Winslow, Georgia when he was seventeen years old. He had promised to elope with his childhood sweetheart, but pressured by other influences, he took an earlier train leaving his Delie behind. The pain at leaving her behind has tormented him for the seven years he fought as a ham and egg boxer, trying to make himself worthy of her. He had no chance for the big time until now. He has a fight with a contender boxer–a white man. However, he has been told more fighting will possibly blind him.

Back in Winslow, Cordelia “Delie” Bledsoe is out of luck. A teacher in the local school, she has the care of several children who have been abandoned by their parents. She’s offered $200 to take the children out of Georgia. She wants to take them to her family in Pittsburgh to live on a family farm, but Champion Bates shows up, insistent on helping her. She does not want to trust her old love, but has little choice.

Champion wants to redeem himself with his former sweetheart and doesn’t expect much, but the hair and eyes of one of Delie’s young children tugs at his heart. In this story of sacrifice, Champ and Delie struggle to learn about love and both must grow A Champion’s Heart.”

Thank you so much for stopping by! I can’t wait to read A Champion’s Heart. You seem to have too very different people come together. What inspired you to make the hero, Champion, a boxer?

Thank you for having me here! It’s an honor to speak with you. When I was an undergraduate, I learned about how the Civil Rights Movement got started much earlier than people generally think. Joe Louis, the boxer who had his biggest victories in the 1930’s, was one of these early influences. His breakthrough came before Jackie Robinson who is often credited with making the racial breakthrough in sports. Louis was the first Black heavyweight champion since Jack Johnson in the 1910’s. So I was curious, as to who might have paved the way for Louis. That’s when I started to read boxing history and learned about the Black boxing world that developed in tandem with the larger boxing world. That’s how I came up with Champion, a boxer born during Jack Johnson’s heyday and who paves a way for Joe Louis to come up.

I love learning about the different breakthroughs. I can’t wait to experience this through Champion’s eyes. What is it about African American history that draws you so?

​There are many, many stories of bravery and resistance in African American history and these stories have been kept from us to make everyone believe otherwise. So a lot of us cling to that incomplete history we were told—that the enslaved people were content with their lives, and that there were no great African Americans prior to Rosa Parks and Martin Luther King, Jr. Even their life stories have been mythologized. When I began to read and teach Langston Hughes remarkable essay, “The Need For Heroes,” I became convinced that I had to play a role in revealing the true history and to write stories to tell a more complete history.

I love Langston Hughes. Such a man of great intelligence!
Is Winslow, Georgia a real place and if so, what type of research did you have to do? If it is fictional, what details did you use to make the town realistic?

Winslow, Georgia is a creation of my mind. The details are realistic because it is based on West Point, Georgia where my paternal family is from. If the name sounds familiar, it’s because West Point is a mill town where towels and washcloths are made. So I created Winslow and it has a cotton mill run by Paul Winslow.

As an author, I enjoy creating fictional towns! As a Christian writer, how does your faith weaves its way into your novels?

From the start, I always believed that the work of telling a more complete history is a direct reflection of the commandment of “Honor thy father and mother.” So I am writing stories of ancestors who were a people of faith. They were a people who used faith to get them through the difficult times in their lives. It’s a faith that let them have hope to continue into the future, whether it was to build a college (Home to Milford College series), or to take the rich resource of their labor to the North (Migration of the Heart series) or to play a sport so well that their humanity is confirmed (Born to Win Men series). My characters don’t necessarily speak scripture, but they are engaged in living the Word in their stories.

And that’s the most important thing! When we see others living it out, it inspires our own journey!
As a historical writer, I’m sure there are times you must spend on research. Could you share what you are currently researching?

​I know a lot of this history from my day job as a professor. But when it comes to certain stories, I do have to do research. So right now, I’m researching the early days of African American players in other sports, like basketball, football, and track and field to plot stories for Champion’s cousins, King and Duke.

All awesome sports! Can’t wait to see what you pick for King and Duke. Before you go, do you have any advice for aspiring writers?
Yes. Read. I’m seeing too many writers talk about how they don’t have time to read and it’s so important for what we do. Read and have patience. I have felt like giving up many times. I’m only beginning to learn that patience is a part of the whole process. So make sure to take time to enjoy the journey and celebrate each victory as it comes.

Thank you so much for joining us and sharing your passion for writing! 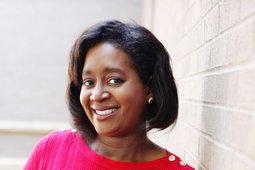 Piper G Huguley, named 2015 Debut Author of the Year by Romance Slam Jam and Breakout Author of the Year by AAMBC, is a two-time Golden Heart ®finalist.  and is the author of “Migrations of the Heart,” a three-book series of historical romances set in the early 20th century featuring African American characters, published by Samhain Publishing. Book #1 in the series, A Virtuous Ruby, won Best Historical of 2015 in the Swirl Awards. Book #3 in the series, A Treasure of Gold, was named by Romance Novels in Color as a Best Book of 2015 and received 4 ½ stars from RT Magazine.
​
Huguley is also the author of the “Home to Milford College” series. The series follows the building of a college from its founding in 1866. On release, the prequel novella to the “Home to Milford College” series, The Lawyer’s Luck, reached #1 Amazon Bestseller status on the African American Christian Fiction charts. Book #1 in the series, The Preacher’s Promise was named a top ten Historical Romance in Publisher’s Weekly by the esteemed historical romance author, Beverly Jenkins and received Honorable Mention in the Writer’s Digest Contest of Self-Published e-books in 2015.
Her new series “Born to Win Men” starts with A Champion’s Heart as Book #1. A Champion’s Heart was named by Sarah MacLean of The Washington Post as a best romance novel selection for December 2016.
She blogs about the history behind her novels at http://piperhuguley.com. She lives in Atlanta, Georgia with her husband and son.

2 thoughts on “Interview with Piper Huguley”