Skip to content
July 8, 2016 Toni
Happy Friday, Reader Friends!! As many of you know, I was on vacation the last two Fridays…boy did I miss this post.

​Thankfully, my author friends have lots of books available in the Freebies, Sales, Releases, Giveaways, and Facebook Parties. I think you’re going to LOVE this list.

Patricia Bradley’s Shadows of the Past
​​Ms. Bradley’s novel is FREE until the end of August!

The Blurb: “Psychology professor and criminal profiler Taylor Martin prides herself on being able to solve any crime, except the one she wants most desperately to solve–the disappearance of her father twenty years ago. ​When she finally has a lead on his whereabouts, Taylor returns home to Logan Point, Mississippi, to investigate. But as she works to uncover the truth, someone else will do almost anything to keep her from it.” 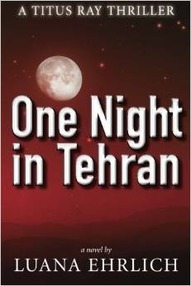 Luana Ehrlich’s One Night in Tehran
​Ms. Ehrlich’s novel is FREE on eBook until July 10th!

The Blurb: ​”When CIA officer, Titus Ray, goes on the run from a killer, he must decide if the Iranian couple he meets in Norman, Oklahoma has ties to the man who’s trying to kill him, and if Nikki Saxon, a local detective, can be trusted with his secrets.“ 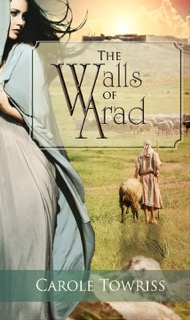 The Blurb: “Before Jericho, there was Arad.

​Arisha is a secret Canaanite worshiper of Yahweh, who fled Arad for her safety.

Zadok is the quiet shepherd of the tabernacle flock, entreated by Miriam to marry Arisha, to help heal her wounds.

​But when the Canaanite king goes on the offensive, Zadok’s gentle heart will not be able to save her.” 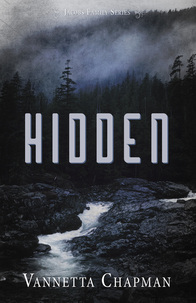 ​Vannetta Chapman’s Hidden
Ms. Chapman’s novel will be on sale for 99¢ on eBooks!

Snippet of the Blurb: “Home is where our story begins … DANA JACOBS would rather forget the night of tragedy and violence that marred her childhood. She is now supervisor in charge of the Department of Homeland Security in Taos, New Mexico. Her team is prepared to handle any threat-biological, chemical, conventional, cyber, even nuclear.

​BENJAMIN MARSHALL is newly assigned to Dana’s office. Straight from a six year military deployment, he is not what Dana wants or needs. Ben knows God has a reason for putting him in this place at this time-to help Dana.” 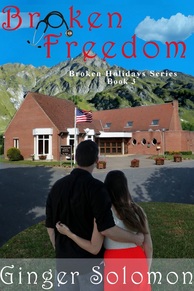 Ginger Solomon’s ​Broken Freedom
​Ms. Solomon has a new release out! The 3rd book in the Broken Holiday Series book is now available.

​The Blurb: “Bondage comes in many forms. Freedom can be found in only One.

Payton Du Pont lives in a prison not of her own making, but one she’s too frightened to step away from. James Hamilton III, M.D. stepped away from the Hamilton business to make his own way as a family physician. God brings them together, but they have to fight their fears to find a future full of freedom.” 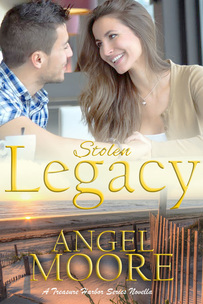 The Blurb: “Victor Burton is a sour guy with pirate ancestors and a candy store who wants nothing to do with lost treasure. He believes in God, but does God believe in him?

​Raised in foster care, Mallory Reed knows no one wants her forever. Her faith keeps joy in her lonely life. She opens an antique shop next to Victor and reaches out for friendship. Can she find the treasures buried in Victor’s hardened heart?” 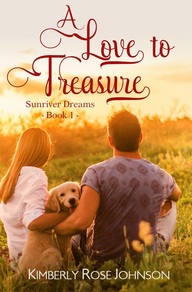 Kimberly Rose Johnson’s A Love to Treasure
​Ms. Johnson has a new release!

The Blurb: “School teacher Nicole Davis is on summer break, but this vacation is unlike any other. Her beloved Grandmother’s final wish has landed Nicole smack in the middle of her favorite destination–Sunriver, Oregon, following Grams’ clues on a mysterious scavenger hunt. Unexpectedly, Nicole finds more than just a fellow sleuth in a handsome police officer, Mark Stone. But Mark must return to his job in Portland at summer’s end, and Nicole must guard her heart.” 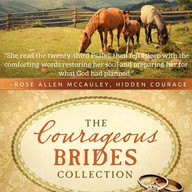 Rose Allen McCauley’s Hidden Courage
​Ms. McCauley has a new novella, which is included in The Courageous Brides collection. 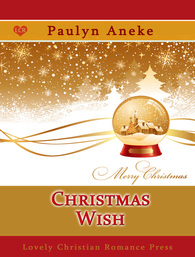 ​The Blurb: “Debbie Regan finally gets to enjoy Christmas in a snow globe world. Only Christmas shop owner, Preston Campbell stands in her way. But she hasn’t come this far to let go.
Preston bids his time until his mom’s shop sells and then he can move on… Except that the Yuletide is bearing down on him with no buyer in sight. He hires vivacious Debbie.
And they find themselves wanting things they never let themselves desire.” 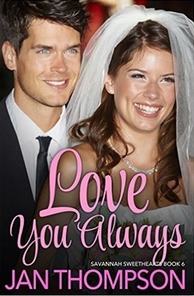 The Blurb: “After she kissed him and ran off eleven years ago, Camden never wanted to see her again. But Iris is back in town caring for her nieces and baby nephew, and she needs his help. Can Camden let go of their past history to help Iris with her present crisis for the sake of the children’s future well-being?“ 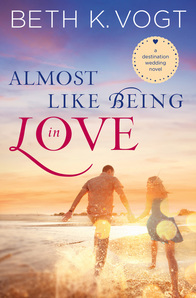 Beth K. Vogt’s Almost Like Being in Love
Ms. Vogt has a new release!

The Blurb: ​”Winning an all-expenses paid Colorado destination wedding might seem like a dream come true for some people—but Caron Hollister and her boyfriend Alex Madison aren’t even engaged yet.
An unexpected chance to work with Kade Webster, an old boyfriend, has Caron questioning who she is and what she wants. Is she settling for what everyone expects of her? How can Caron say “I do” to one man when she’s wondering “what if?” about another?”

​Janet W. Ferguson’s Tackling the Fields
​Ms. Ferguson has a new novel releasing in August. It’s available for pre-order at $2.99!

​The Blurb: “Cole Sanders is a changed man. The university quarterback questions his direction in life after serving on a mission trip in Honduras. Things that used to fill Cole’s ego seem empty after witnessing the developing country’s extreme poverty and the death of a precious child. The one glimmer of hope through his confusion is the fresh perspective he now has about his tutor, Audrey. She possesses something beautiful inside and out—something that might help him become the person he wants to be.” 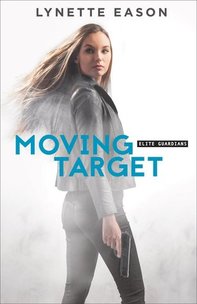 Lynette Eason’s ​Moving Target
​​The 3rd novel in the Elite Guardian series is available for pre-order!!

Snippet of the Blurb: “When Maddy McKay and Quinn Holcombe don’t show up for Quinn’s surprise birthday party, his friends know that something is very wrong. Their search turns up little beyond evidence that Quinn and Maddy just decided to take off for a long overdue vacation. But it soon becomes apparent that they did not leave of their own accord.

Maddy awakens in a cement room with no idea where she is. But it’s not long before she realizes she’s in the clutches of a madman exacting revenge by hunting. “ 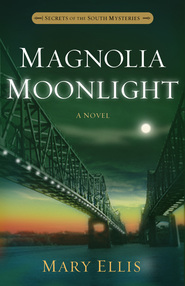 The Blurb: “When a local Baptist preacher takes his own life, his congregation is quick to believe rumors, but his widow is certain his death was no suicide. When Price Investigations scratch beneath the surface, they discover Reverend Dean was a victim, not a thief. The two new partners uncover an elaborate pyramid to bilk millions from unsuspecting non-profits, thousands of miles from the small town of Natchez where no one is whom they appear to be.” 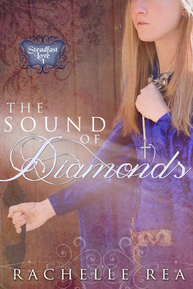 Rachel Rea Cobb’s Giveaway
​​Ms. Cobb is having a giveaway at The Diamond Mine blog. You can enter HERE until July 8th for a chance to win one of her books in The Steadfast Love series.

About the series: “In 16th-century Europe, the Reformation rages between Protestants and Catholics. Gwyneth, a half-Dutch Catholic, flees from England to Holland to escape the man who murdered her parents. When he follows her there and insists he came to rescue her, will she trust this man called Dirk? When tragedy strikes, will their steadfast love erode?” 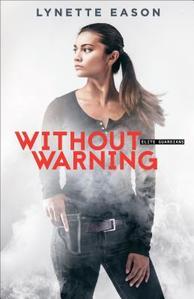 ​​​Lynette Eason’s Without Warning
​Ms. Eason’s novel is having a Goodreads giveaway. You can enter HERE until August 2nd for a chance to win 1 of 5 copies.

Snippet of the Blurb: “Katie Singleton, a partner with the Elite Guardians Protection Agency, stumbles upon her next assignment quite by accident. Spotting blue lights at a familiar restaurant, she stops to investigate, only to discover that owner Daniel Matthews has become the target of someone who will go to any lengths to put him out of business.
Daniel might be concerned, but he’s not convinced that a bodyguard–and a female one at that–is necessary. A new attack and his niece’s urgings are enough to make him reconsider. He and Katie must figure out who’s behind the intimidation and threats–before a would-be killer strikes again.” 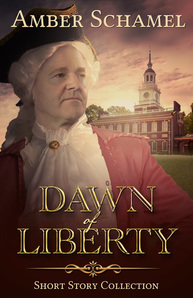 Jo Huddleston’s Weekly Giveaway
​Author Jo Huddleston is hosting a giveaway for Amber Schamel’s Dawn of Liberty. ​You can enter HERE until July 12th for a chance to win a copy.

The Blurb: “Liberty comes with a price. Can a fledgling nation bear the cost?
British forces advance upon a struggling colonial army. The time of decision has come. Declare independence, or give up the fight. The weight of a nation rests on Samuel Adams’ shoulders as he joins the delegates of the Second Continental Congress. Can he raise the cause of Liberty above the fear of the King’s wrath in the hearts of his countrymen?
Three riveting short stories follow Samuel Adams as he struggles through the events surrounding the Declaration of Independence and evokes the Dawn of Liberty.“ 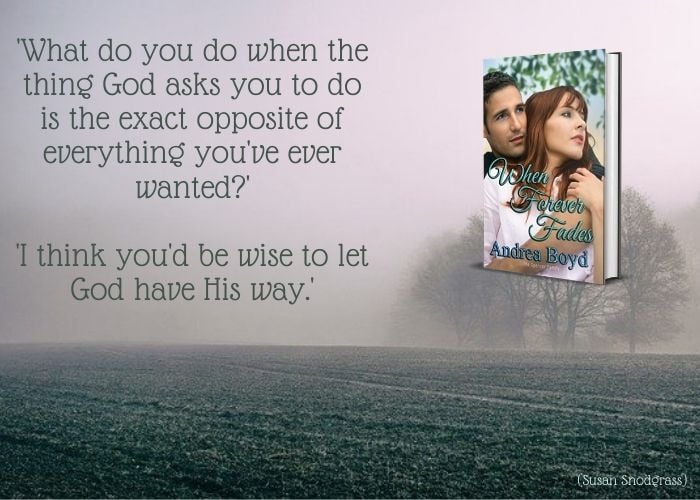 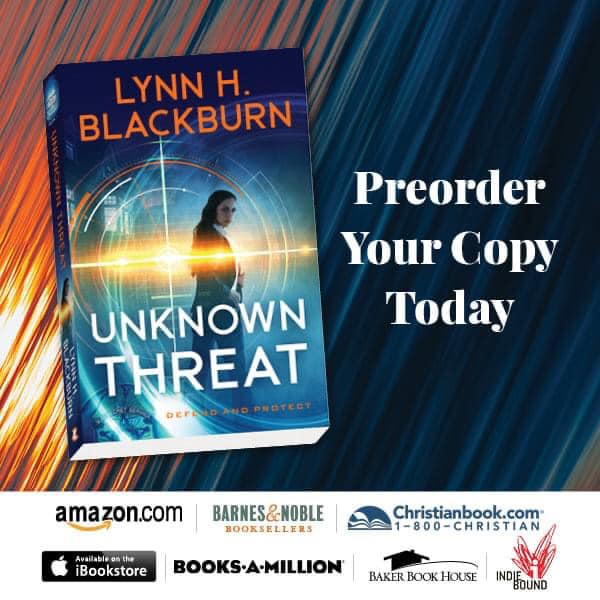